When too much is never enough there are always exclusive brands like Bentley. And if you’re average Bentley is too, erm, average, then there’s the Continental GT Speed. This is the one with the W12 twin-turbo engine that’s been tweaked for extra power and torque. Just what everyone needs really… That and a $500k price tag!

The Bentley Continental GT is a car for conspicuous consumers; people who want the world to know they are so outrageously rich they can afford a car so outrageously expensive.

Or to put it the other way, it’s not for those amongst us who disdain the spotlight and maybe have a more socially equitable view of the world.

But gee, if ever there was a car that was going to ignite the dollar-hungry capitalist in us all then it’s this big, bluff top-spec Bentley Continental GT Speed 2+2 coupe. All $485,200 of it. Either that or maybe the convertible version at $534,400…

The GT Speed is the Conti with the twin-turbo 6.0-litre W12 engine that’s been tuned-up to deliver 467kW/820Nm. That’s an extra 33kW/100Nm compared to the standard W12, which by the way is essentially two narrow angle Volkswagen V6 engines bolted together.

It’s the engine that is the special part of this deal. That’s because it goes so hard. No 2320kg (yes, 2.32 tonnes!) should slam you back into the seat like this.

Hit the throttle to overtake and you’ll be out across the broken lines and back before you have time to hit the blinker. Mountains become molehills. Molehills are crushed.

Not only is our test car the same model, it is the very same car.

No, where the GT Speed hits a homer is the way the permanent all-wheel drive system and 275/35 ZR21 Pirelli PZero tyres take all that firepower and fling this car forward rocket-like out of any corner.

Be ready for it, because the next corner will turn up quicker than you expect. Yes, the 405mm front discs and eight-piston callipers are massive and the stopping power immense. But they’re only so much help if you’re playing catch-up with a car that truly lives up to its name.

Two days later I drove the ridiculous yet loveable Walkinshaw Performance W547 on the same set of winding, hairpin-festooned roads. It has more power and more torque than the big Bentley coupe, but felt nowhere near as fast. The W12 revved so much more quickly and there was so much more traction. Any speed, any angle, any time, the Bentley just leapt forward.

So at this point you probably suspect there’s a Torr-ish 90/100 coming for the GT Speed [Eds note: I think the correct adjective is Torr-oidal]. Only if drool-inducing acceleration is the only parameter by which we mark cars. It’s not. And no, I am not going to start clacking on about the 15.5L/100km on-test fuel consumption rate we averaged. If you can afford this thing, then that’s not an issue.
What is an issue is the dynamic set-up of the GT Speed, which is simply not as good as the engine. The electric-assist rack and pinion steering is accurate enough, but there’s annoying rattle on corner bumps.

Those bumps and corrugations also upset the GT Speed’s ride and handling. On their softest of four settings the air springs provide neither sufficient body control or comfort. Dial them up to Sport and the body flattens out noticeably while ride doesn’t get any worse. What all that also means is this is not a car you chuck at corner. Brake straight, turn it in with a little in reserve then boot it…
That’s what happens when you combine stiffened short travel suspension, liquorice strap tyres and an excessive kerb weight. Something’s gotta give.

But for milder driving this is a very quiet car, with only a smattering of tyre noise. So if your commute is smooth then go for it. I hope it’s unrestricted too.

The test car lost further ground because of a still unexplained electrical glitch. When it was collected it wouldn’t charge my phone – which had to be plugged into an adaptor in the glovebox via a Bentley-supplied cable (yep, no USB outlet).

Then the radar cruise control didn’t operate, an exclamation mark popping up in the instrument panel.

It all came to a head at an urban intersection, when I went to switch lanes at low speeds and the GT Speed simply conked out. Lights, power, gone. Not a darn thing. The car rolled to a stop halfway up a concrete median strip.

It re-started and the glitch vanished, never to reappear in our short time with the GT Speed. The ACC worked, the phone charged. Isolated problem or Conti GT gremlin? Either way it just shouldn’t be an issue in a car like this – or any car at any price for that matter.
But then again when you’re spending this much cash it’s also a surprise to discover how many things are still optional, including the aforementioned adaptive cruise control, a reversing camera and a space-saver spare wheel.

But you do get front, side and a driver’s knee airbag, bi-xenon headlights, an 8.0-inch touchscreen with 30GB memory and Google Maps memory, dual-zone climate control and 17 standard paint and hide choices.

Also, in a car measuring up at 4806mm long and 1944mm wide it would be nice to have more rear space than the shoebox the GT Speed offers up.

Never mind, stay in the front seats. Because up-front there’s no doubt the GT Speed is a beautiful place to be. Build and material quality of the interior of this car are simply outstanding, heightened by being equipped to Bentley’s Mulliner trim levels. Stitched leather, real metal used in the inserts, comfortable and supportive front seats and even a modicum of storage.

Not that such a pedestrian feature as door pockets will sway a GT Speed buyer. No, when it comes to this car so much of it is about the price, prestige, exclusivity, look and the speed. Very much the speed. 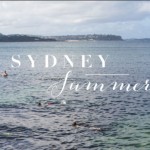 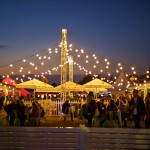