It is again that time of year where the fans are cheering for their respective teams in blue and maroon jerseys. You guessed it right; it is time for annual ‘State of Origins’ rugby league.

The State of Origin is a popular sports event held annually in Australia. The event comprises of three Rugby league football matches between New South Wales and Queensland.

Despite a lot of international sporting events, State of Origin is often regarded as a premier sporting event and is considered the most popular rugby event in the world.

The event got its name from a basic rule followed during the selection of players in the teams. In the game, the players represent the Australian state they first played their senior rugby league for.

The game is vastly popular among Australian audiences. In 2013, it was found that State of Origin brought higher television audiences than any other national or international sporting event. Since the game is between two state teams, New South Wales and Queensland, it was initially popular among the audiences of these states only. However, recently the game has gained popularity and viewership outside these two states as well. The event also has a massive following across borders. New Zealand and Papua New Guinea boasts a massive viewership for State of Origin rugby matches.

Last year in 2016, Queensland’s Maroons won State of Origin’s title and who wins this year’s championship is yet to be seen. However, there is no doubt about the added pressure on New South Wales Blues.

The event had its fair share of disagreements and controversies in the past. The most popular controversy in the history of State of Origin happened in 1987, when the original match played in Australia was won by Queensland but NSW Blues won the additional match played at Long Beach California. The event becomes more interesting because of the controversies that follow it.

Prestige Chauffeurs is providing its exclusive services for State of Origin attendees. Are you a diehard fan of either Blues or Maroons and are flying to the country only for the league? Are worried about the on-the-ground transport? Don’t worry; we have got you covered. We provide exclusive luxury vehicles for airport transfers and on ground transportation within the country. 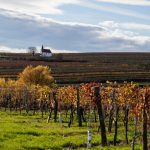 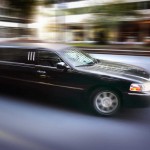 Reasons Why You Should Book a Luxury Chauffeured Limo for Prom Now!